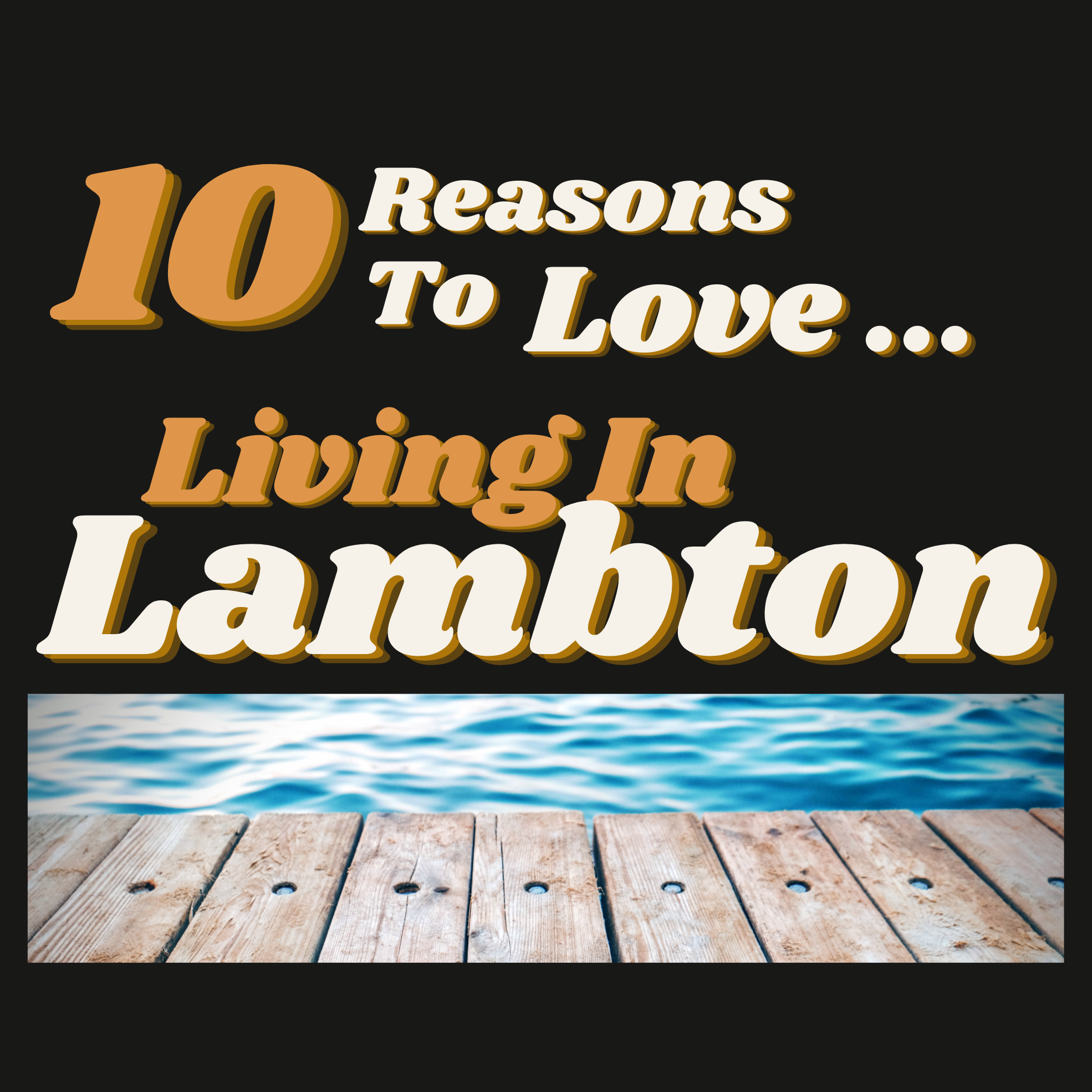 Posted at 20:50h in Tourism by Carla MacGregor 0 Comments
0 Likes

#1 of 10 great reasons to LOVE LIVING IN LAMBTON!
The Duc D’Orleans is most certainly one of Sarnia’s treasures. If you don’t own a boat of your own, ‘The Duc’ River Cruise is one of the best ways to enjoy the calming waters of Lake Huron and the St. Clair River! When you are able to cruise the waterways, sit back, relax and enjoy the view or take a leisurely walk or bike ride along the shoreline, you know very well it is a luxury to be living by the water!
Don’t take my word for it. Cathy Dobson wrote a wonderful story in Sarnia’s very own ‘Welcome To The Club Magazine’!
Enjoy the story for yourself:

There’s not much that surprises Captain Ken Bracewell or his wife Sherry Smart-Bracewell after more than 40 years cruising the St. Clair River on their tour boat.

They’ve welcomed thousands of tourists aboard the Duc d’Orleans, hosted innumerable wedding receptions including their own, listened to countless live bands play to a packed dance floor, and even dealt with the odd rebel jumping ship.

Above all, they’ve had a great time operating a boat that holds a special place in the hearts of so many.

“The Duc gives me a wonderful life,” agreed Sherry. “I’ve had so much fun behind that bar. And I’ve met a lot of really good friends on the Duc.”

Ken was 26 years old in 1978 when he decided to give up his job at Sarnia’s Sears store and head to Quebec to take a look at a tour boat that he thought he might buy. The boat he was eyeing was offering day cruises on the St. Lawrence River in the 70s, but had once been a Nazi submarine chaser in the Second World War.

“This all happened after my friend Jacques Beauchamp and I had spent time watching a big ferry cruise up and down the St. Clair,” Ken said. The ferry, owned by Captain Albert Avery, was Sarnia’s first cruise boat but it broke down a lot and the business struggled.

“Once, while Jacques and I watched the ferry going by, they were having trouble and I brought a can of gas out to them on the water,” said Ken. “It was never a good boat but we could see that everyone was having a good time on it.”

It didn’t take long to find the Duc in Quebec and buy it. Coincidentally, in bringing the Duc to Sarnia’s waterfront, it was actually coming home. The Duc was a converted subchaser, one of seven Fairmile vessels built in Sarnia during the war by a local company called Mac-Craft. The Duc had been christened HMC Q105 in 1943 but years later, when she was converted into a tour boat on the St. Lawrence River, she was renamed for Ile d’Orleans, one of the islands she cruised around.

“We thought about changing the name when we brought it to Sarnia but there was so much paperwork, we just let it go,” said Ken.

He quickly got his certification to captain the Duc and began offering cruises that summer.

Almost immediately, Ken was approached by the late Peter Henderson about holding a free cruise day for seniors. It became a much-anticipated, annual tradition stopped only by the pandemic.

“Peter had a popular radio show back then and he was a go-getter,” explained Ken. The Bracewells provided their boat and crew, while many others chipped in with donations of food, transit, entertainment and volunteer help.

For 41 years, the seniors’ cruise on the Duc has been a staple that’s provided a tour of the St. Clair to about 1,000 people each year. It’s one of the many events Ken and his crew have missed since the pandemic started.

“I’m sure we’ll get back to it because it’s something we can do for the community,” he said. Unfortunately, this will be the third year the seniors’ cruise has been cancelled. Even if Covid restrictions remain lifted, there’s not enough time to organize one this season.

In fact, the Duc has been in dry dock for two years waiting out Covid-19.

While she’s got two decks and a similar profile, the current Duc is not the same boat that launched the Bracewell’s business. By 2005, the original Duc was getting too expensive to maintain.

The Bracewells scouted out a 70-foot replacement on the Eastern Seaboard called The Spirit of Newport. She was built for passengers and her shorter, wider construction makes her more stable in the water, said Ken. Like her predecessor, the Duc d’Orleans II accommodates 194 passengers and eight crew members.

She is ready for the 2022 cruising season and the Bracewells are taking reservations. Thirty bands are booked to play the Duc’s legendary party cruises that typically sell out.

The only issue is Covid-19 and the limitations it has created the past two years. The Duc can only cruise at full capacity, said Ken. Anything less just doesn’t make economic sense.

But he and Sherry have high hopes that public health restrictions will continue to be lifted and it’ll be smooth sailing for the Duc’s 44th year operating from Sarnia’s Centennial Park.

To get an update on the season, visit ducdorleans.com.
Article By Cathy Dobson, Photo: Ontario‘s Southwest

Watch for #2 Reason To Love Living In Lambton